Diplomacy is rapidly transforming in the 21st Century with an increasing range of diplomatic actors vying for space on the international stage. At the same time, conventional forums of negotiation such as UN bodies remain highly important, particularly for exerting multilateral pressure on states that disregard human rights obligations. For years the UN provided the only relatively safe political space to publicly voice concern and push for positive change. However, there is strong evidence of an escalation of 'bullying' tactics at the UN by various member states to silence and exclude minority, indigenous and other unrepresented communities who have human rights grievances against them and attacks taken out against those who are able to take action to hold those states accountable at the UN.

There is considerable experience and skill amongst some in the 'unrecognised' diplomatic corps given the protracted nature of many ethnic and territorial disputes. However, at present, there are few mechanisms through which their knowledge can be shared and exchanged with representatives of communities which, due to financial, human resource and political restrictions, do not have much advocacy experience at the UN. This programme seeks to build capacity through activities and outputs co-designed and co-delivered with representatives of minority communities and organisations which promote their cases in the international arena.

The programme also seeks to document and raise awareness of the tactics used by authoritarian states against those who seek to advocate internationally, including targetted attacks and intimidation efforts used both against such human rights defenders in those authoritarian states and those working where the UN is based (such as in the USA, EU and Switzerland). It seeks to provide policymakers with recommendations on how to better tackle these efforts both at the UN and at home.

The Unrepresented Diplomats work was instigated as an initiative co-ordinated by Dr Fiona McConnell at the University of Oxford and run in conjunction with Unrepresented Nations & Peoples Organisation (UNPO) and Tibet Justice Center (TJC). It was initially funded by the University of Oxford's ESRC Impact Acceleration Account, 2015-2016, but has gone on to become a core part of the work of the Unrepresented Nations and Peoples Organization, and has received contributions from a variety of international donors since that time. 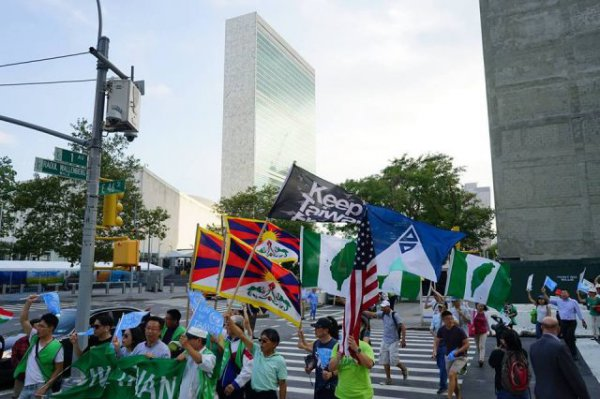